from Music for Driving and Film, vol. II by Reverend Screaming Fingers 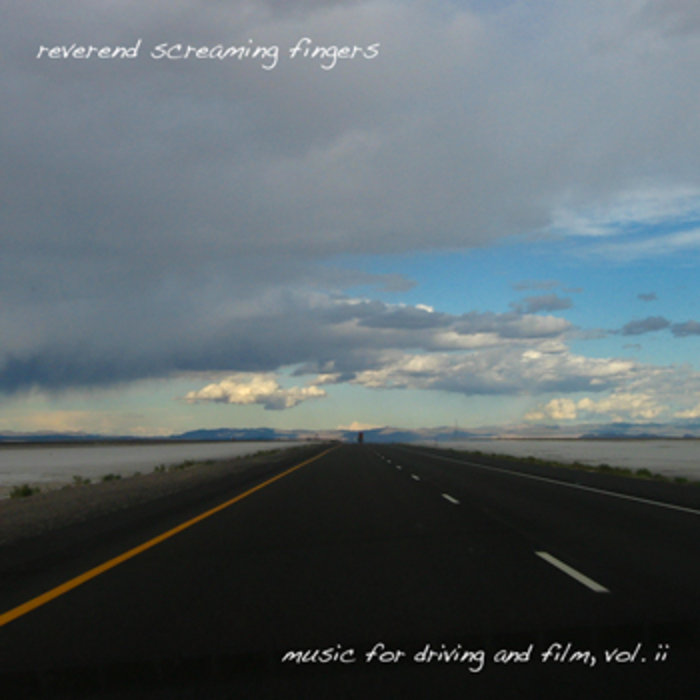 This is the sole track on Vol. 2 that was created in the studio from the ground up. It was composed for the 2009 DVD release of The Overdub Club's short film, 'Nightsoil,' originally a multiple projector 16mm film and live music performance piece with SF filmmakers Thad Povey, Al Alvarez and myself and fellow musician Mark De gli Antoni. The piece had been fleshed out over the course of many jam sessions and live performances, but when Mark was not available to work on the DVD, I was given the charge to come up with something new for a crucial section of the film which was previously Mark's domain. Gulp.

The East/West riff just popped out one night. This particular section demanded a more amorphous feel with expanded harmonic and rhythmic content - one which needed to be eventually supplanted, almost imperceptibly, by an infectious groove.

Drum programming not being my forté or even interest, I tapped the talented John Hanes who, besides being one amazing drummer, loves and knows how to mess with such sounds. John delivered a killer drum track to which I added a Fripp/Eno 'No Pussyfooting' era influenced ebow.

Recorded at Kingtone and Organ of Querty Studios